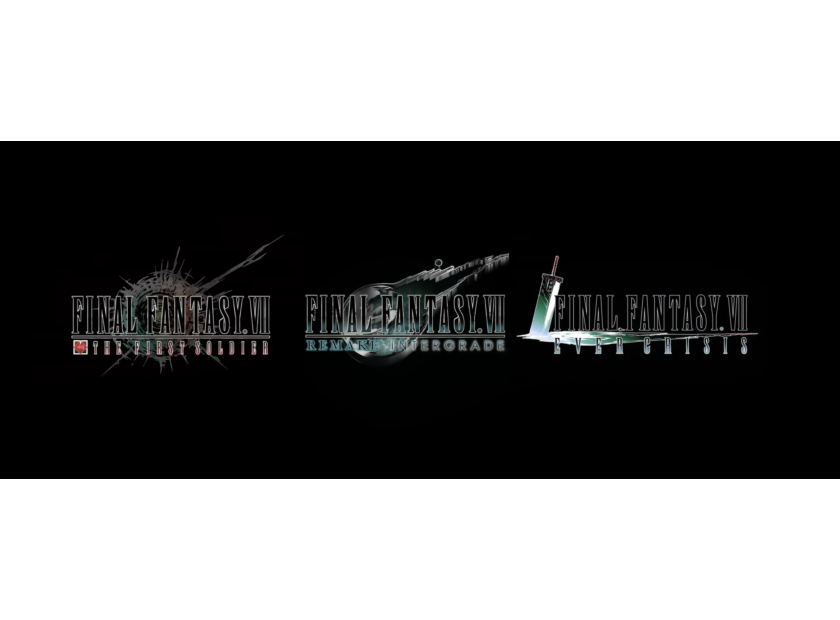 —Let’s talk about the new character Sonon. Can you tell us a bit about his design and concept?

Nomura: According to his character profile, he is originally from Wutai and works with AVALANCHE. He’s made to look Asian and wears clothes that resemble that of the army, so he is fitted with armor as well. We wanted a character that balances with Yuffie and be a staff wielder as well. His clothes also allow him to move freely. In the beginning, we originally planned for him to be a lithe and extremely attractive man. However, we ended up making him look more manly since Yuffie is different that what she’s like with Cloud or Vincent, so we thought it would be interesting to see how she interacts with him.

—We saw that Yuffie and Sonon can do co-op moves together. We want to explore a bit more of the battle concept. First off, can you explain what those small icons mean next to the ATB gauge?

Nomura: Since the player can only control Yuffie, you will still get a feel of where Sonon is nearby as well as his movements.  There is a mode where Sonon can act on his own or another mode where he fights when given specific orders by Yuffie. You can switch between these two modes with the L2 button, so that’s what the icon means.

—Will there be new materia and monsters?

Nomura: Yes, there will be new materia and summons only available in Yuffie’s DLC.

—Are there plans for DLC after this?

Nomura: For the sake of separating the PS5 upgrade with Yuffie’s added parts, we had to call this part “DLC.” However, we had already decided to create a FF7R PS5 version, but we did not want it to mean that we are specifically creating DLC as well. As a result, we really have no plans for any other DLC. With FF7R Intergrade, we are able to adjust to the PS5 environment, which makes for an easy transition to development for the next installment. The roadwork we have laid out to complete the entire story takes priority, and if we are to ever add DLC, it will not be until after everything has been done.

—It’s surprising that the Final Fantasy series will include a Battle Royale type game with FF7 The First Soldier. Fans of FF7 are of course intrigued, but this also appeals to other types of gamers as well. There are many similar games out there such as PUBG, Fortnite, Apex Legends, Knives Out, etc., so who exactly is this work targeting?

Nomura: While the fans of FF7 have stuck with the IP for a very long time, we wanted to tackle the challenge of appealing to people outside of the FF market. While I feel like the big name of FF7 will alway overshadow this, we’re pretty much entering this popular genre as a completely new challenger with FF7 First Soldier. Those who play Battle Royale genre games might not even know FF7 or have ever played a Final Fantasy game before. While we hope that those who play this game are already interested in the world of FF7, we can’t just release a lukewarm title, so we are really putting our all to make this game. Since this is a new genre for us, it might also be a new experience for FF7 fans as well. We hope you can join us in this challenge!

—Are the three players that appear in the top left screen your comrades? There are job icons that represent a fist, sword, and staff, but can you also change jobs during battles?

Nomura: While in FF7 you are not able to change jobs, this element is unique and does exist in other Final Fantasy games, so we decided to incorporate it. As you might have guessed, each player can decide on their own job, referred to as “style” in game, so that’s what those icons mean. Each style has its own power and skills, and you can set this during each battle. There’s also an advantage to stick with only one style, and we will explain more about this at a different time.

—Do you have plans for a beta test?

Nomura: We have plans to distribute a closed beta test with details announced later.

—Is there anything you were particular about in regards to FF7 The First Soldier?

Nomura: Most of my concerns center around the gameplay, and I personally put a lot of weight on the feel of the game. However, it’s important to find a good balance for what Battle Royale players want. One of the game’s core planners, Producer Ichikawa, is a hardcore Battle Royale gamer and as such is very keen to hearing feedback from everyone and making adjustments accordingly. I have given my own amateur feedback, and since he is well-versed in the genre, he is able to answer the ideas I give him with how exactly they can be represented in a Battle Royale game. I’m able to talk with him without any hesitation. Regarding the graphics, we’re working to ensure that the visuals for the smartphone do not disappoint.

—Lastly, let’s talk about FF7 Ever crisis. In our previous interview, you mentioned that the game will be released in chapters. Will the chapters be free and include the story too? Also, what exactly is the “in-game transaction” part?

Nomura: Each chapter will be free to play. In regards to the “in-game transactions,” it refers to weapon gacha. You will be able to get special weapons or new costumes that do not exist in the original game, and this will add to the experience.

—What’s the length of each chapter like? Can you give us an example of how long the original FF7 story will be?

Nomura: The original FF7 will be condensed into about 10 chapters. To elaborate, it will take 3 chapters to escape from Midgar. The other Compilation titles will probably follow this same chapter pacing.

—Will FF7 Ever Crisis have any original episodes?

Nomura: Yes, we have some original episodes planned. First off is a story that will take place in FF7 First Soldier, which is the other game that was announced at the same time as Ever Crisis. The story for First Soldier takes place 30 years prior when SOLDIER was still in the middle of being established. As such, the younger versions of a certain hero as well as Shinra employees and even other characters who will appear in the next installment of FF7R will be present as well. It will give you a deeper understanding of characters who were not talked about much in the main story.

—During the announcement trailer, we see the characters fighting the Scorpion Sentinel at the Mako Reactor. Since Aerith is also in the fight, does this mean that it’s a battle that takes place outside of the main story?

Nomura: Aside from the story mode with the journey of Cloud and the others, we have also prepared special dungeons and battles that take place outside of the Compilation. You can create your own dream party and have fun challenging strong enemies.

—Will the music be rearranged for the game?

Nomura: Yes, we will be rearranging the music using the original FF7 as its base.

—Are there any parts for FF7EC that you were particular about?

Nomura: I was rather particular about having all the games fit the style of the original FF7 where the field map features mini stylized versions of the characters while the battles had the full versions. This rule wasn’t present in other Compilation titles, and the battle systems are all different. For this game, we are making sure that all Compilation titles follow this type of format while also preserving the essence of each game. It’s vital to have an interesting battle system, so I was very strict with my views on this. While we have heard from many that they want to play each Compilation title on a console instead of on the phone, FF7EC will not be a substitute for that. Instead, the game is designed so that anyone can pick it up and enjoy the various titles of FF7 freely.

—FF7R is now free to play on PS Plus, and it seems like the hype for FF7R continues on this year.

Nomura: We’ll be busy with the FF7 series not just this year, but next year, and the year after that, so each year will be intense. In regards to the FF7 series, consider the current news as the first wave. We hope you look forward to more! First off is FF7R Intergrade, which will be out on June 10th. We’ll also lift the ban on certain streaming restrictions greatly, which also applies to FF7R Intergrade as well. I enjoy watching live streams, so I hope that you take this opportunity to share the experience with as many people as possible!