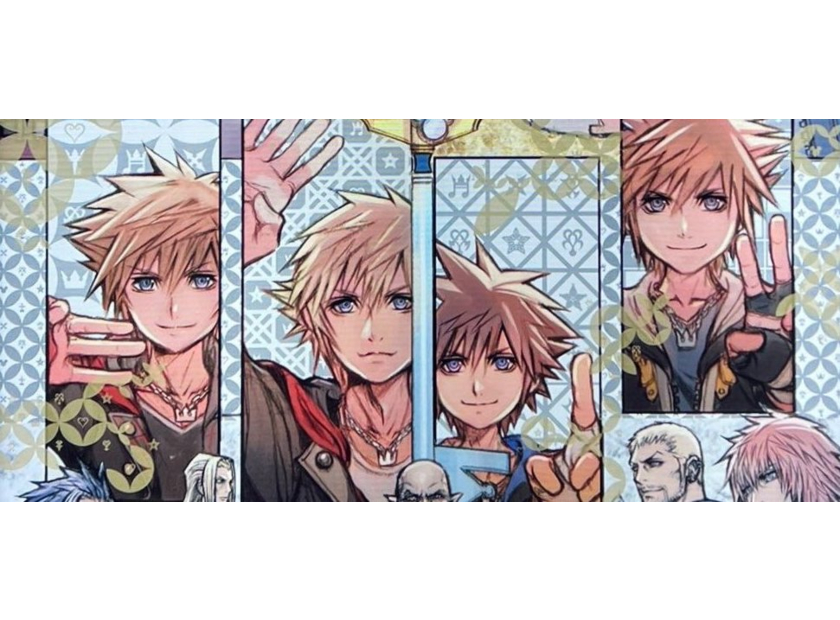 Gamer JP has released the full fan Q&A with Nomura Tetsuya done at the Kingdom Hearts 20th Anniversary Event in Shibuya Hikarie. The private event was where they released information about the upcoming Kingdom Hearts 4 game, Missing Link game spin-off, as well as talked about various plot points from the series. New Kingdom Hearts merchandise was also revealed at the event. Check out the English translation of the Q&A done with Nomura at the event!

—Is the Nobody symbol already there when a Nobody is born? Or does Organization XIII mark them? Do the humanoid Nobody also have marks?

Nomura: The Nobody symbol is already there when a Nobody is born; however, humanoid Nobodies do not have them. You can consider the human Nobody to be akin to a pure-blooded heartless of sorts.

—Who exactly is Demyx?

Nomura: I get asked this often, and if I answer it here, then we probably won’t add it into the story…is that all right? I think I’ll leave it for later then.

—Do you get new inspiration from Utada Hikaru’s songs?

Nomura: I think about the opening movie after she gives us her songs. In that sense, yes, I do receive inspiration from her music. It’s a necessary piece to our puzzle.

—In KHUx, the players end up in Xehanort’s heart, so does that mean that they’re still there?

Nomura: You will find your answer if you play Dark Road and get to the ending. You’re going to play right into my hand (laughs).

—In KH2, Riku handed a keyblade to Kairi, but where did he get that keyblade? Do you plan to write some backstory about that?

Nomura: If I say yes then…if I don’t follow up, it’ll probably be brushed aside so yes, we do intent to follow up with this.

—In the fight with Yozora, depending on if you win or lose, there are two outcomes to the story. This seems to be a first in the series, and is there some meaning to it?

Nomura: Rather than having the two endings add meaning to the story, it was more like since Yozora is insanely strong, most people would probably not be able to win against him. As such, we wanted to be nice to the players and let them see something after losing. We felt bad for players who tried their best to beat him but failed, and we thought it was sad if they weren’t able to watch some kind of cutscene after losing.

—At the end of KHUx, did Ephemer notice the player’s real motives?

Nomura: For those who played the game, they should know what kind of parting they had with Ephemer, albeit a sad one. As for Ephemer himself, there’s quite a lot in store for him…! I’d suggest playing “Missing Link” as it delves in the backstory of the past and will surely have answers to the mysteries.

—When did Namine and Ansem the Wise meet each other?

Nomura: They met when Namine was alone after Organization XIII, Sora, and Riku left Castle Oblivion. As for the exact timing, you can probably guess when, but we do not have any story written about that.

—Why did Riku get a haircut in KH3D?

Nomura: In KH2, a lot of players said, “cut Riku’s hair!” So I listened and gave him a haircut. If you ask me who exactly cut his hair, I’d say it was from the wishes of the players.

When listening to player’s opinions, although there are some where we cannot stray from, there were other voices that also made me uncertain about the path to choose. For example, up until the very end, I was very hesitant to bring back Roxas and Xion. I actually thought of a story route where they did not come back, but since I knew fans wanted to see their return, we ended up going that route instead.

—Is the ※ mark from the world where the Master of Masters disappears in supposed to be a censored word?

Nomura: Yes, it’s a censored word. It’s written down properly in the script. You will understand in time, but at the moment it’s still hidden. However, avid theory crafters might have an idea already.

—In KHUx, when Ephemer and Skuld were alone and escaped from the data world, why did a bunch of noise flow through the sky?

Nomura: Since you had already escaped from the data world, there’s not much we had planned that impacted the story regarding that. Since we showed that the data world and the real world were heading to ruin, it was just an effect of that.

—Did someone give Isa the scar on his face? Why does it seem like a mark of a heretic?

Nomura: There is a story regarding Lea, Isa, and the girl they tried to save…Since there is a backstory there, we are thinking of expanding on it. We hope you can look forward to it.

—During the Keyblade War, Master Xehanort could see what lies before him and took over Terra’s body in preparation. However, Young Xehanort should also have that power too. Why was he not able to use that power when he was younger?

Nomura: He just didn’t have the power or rather, he didn’t have enough power yet. In regards to Xehanort, I highly recommend playing Dark Road to see what happens to him. The secret to his hairstyle will also be revealed…

—What’s the difference between Riku and Aqua falling into the darkness versus when others become heartless (and form a Nobody)?

Nomura: There is a difference between falling into the darkness versus losing your heart. Even if your heart falls into darkness, you still are able to retain your heart. However, if you become a heartless, you lose your heart, and that’s the difference.

—It seems that Maleficent had glimpsed what was inside the black box, and I thought the reason would be shown in KHUx, but do you plan to finally reveal this plot point?

Nomura: In the scene with the darkness and Maleficent, instead of making it very clear what was happening, the portrayal was more along the lines of “oh, is it this?” It might be hard to tell for the player, but I think next time we might have her explain why she reacted in that way.

—In KH3, when Xemnas crushes Lea’s keyblade, he said that the keyblade was lost, yet Lea was still able to use a keyblade after that.

Nomura: We had a lot of these kind of running gags. It’s not like it was lost forever, but that the keyblade was just destroyed at that specific location. The meaning we wanted to convey was that even if Axel tried to bring back his keyblade, it would just get destroyed again in that moment with the nuance being it’s futile for him to use it at that time. Xemnas doesn’t have the power to actually permanently destroy keyblades.