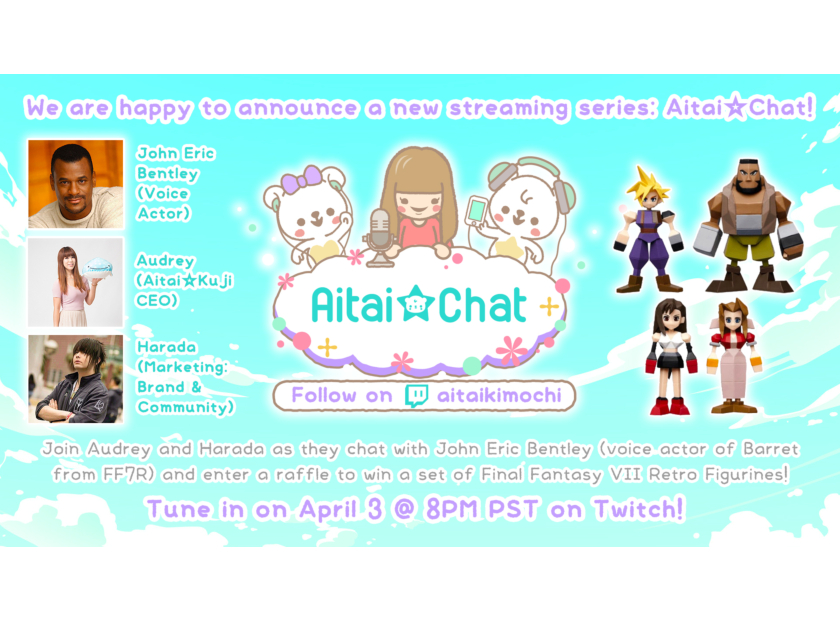 We are very excited to announce a new streaming series on Twitch called Aitai☆Chat! Our first guest is the talented John Eric Bentley, known for his amazing voice acting work, particularly in Final Fantasy VII Remake as Barret Wallace!

We will be speaking with John as well as Chris Harada, a prominent force in the video game industry who previously worked as a Community Manager at Square Enix!
Tune in to also enter a raffle where we will be giving away a set of Final Fantasy 7 Polygon figurines for Cloud, Barret, Tifa, and Aerith!

The stream will also be taking select questions from the audience, so definitely check out our podcast to learn more about voice acting, working in the video game industry, a bit about Aitai☆Kuji, and more!
Aitai☆Chat Episode 1 airs on Twitch on April 3rd at 8:00pm Pacific Standard Time. You don't want to miss it!